A perfume for every occasion

Men’s fragrances have been just as popular as women’s over the years so let’s take a look at cologne versus aftershave and what the differences are between them.

This page contains affiliate links. Should you click on a link and make a purchase, I may receive compensation.

Cologne is primarily used in the same way as a woman’s fragrance. Applied to the wrists, chest and neck.
Whilst it can be used after shaving, it is used more for adding a scent to a man.
The same way as a woman would add a scent to herself.
Cologne tends to be more expensive than aftershave as it contains around 2% – 5% perfume oil.

Just as a woman’s perfume can make her feel radiant, confident and turn heads, a man’s cologne can also do the same.
Smart, sophisticated and ready to face the day, combined with a smart appearance, men’s fragrances really can be ‘charm’ in a bottle.

I do feel that women will wear perfume regardless of whether she is going out anywhere special.

Men tend to only wear it for business meetings or a night out.

Male industries that require men to be dressed in overalls, kneeling on bathroom floors, fixing pipes or shimmying down a firefighters pole doesn’t warrant a cologne or aftershave to be worn.

Others that are office based or out on the road seeing customers may indeed wear a cologne to make a good impression on their meeting or general surroundings.

Cologne versus  aftershave -A powerful tool

Men’s fragrances can be a powerful tool and can set them apart from others.

The same rule applies to cologne just the same as a woman’s perfume.

Applying too much or layering fragrances that don’t match can be overwhelming and conflict one another.

There are several products on the market that allow customers to layer a scent so that it’s not overpowering.

When you click on links to various merchants on this site and make a purchase, this can result in this site earning a commission. Affiliate programs and affiliations include, but are not limited to, the eBay Partner Network.

Wearing a cologne in certain areas will depend on the occasion.

A day at the office will suit a spritz on the wrists and the base of the neck.

For a date night, cologne can be applied behind the ears too.

The warmest parts of the body is the best place to apply cologne.

It goes without saying that for best results, cologne should be applied to clean and dry skin, so straight out of the shower is perfect.

Try to keep the bottle 3-6 inches away from the skin when applying for the best application.

Just like a woman’s fragrance, there are ones suitable to wear during the summer and during the winter.

If you do purchase a cologne that has a light strength, it may need to be re applied throughout the day to benefit from its scent.

Different strengths in cologne and aftershave

Eau de parfum for men will be much stronger than an eau de toilette so it’s important to spray according to which one you are using.

Less is definitely more when it comes to fragrances.

With men and women’s scents, the nose will desensitize after approximately 30-40 minutes so remember that others around you will still smell it, even when you don’t.

Perfume sillage  is important to know about when it comes to choosing the right fragrance and colognes will have a good shelf life if you store them correctly.

Depending on your  budget, cheaper colognes won’t be bad but they won’t last as long as the ones that are more expensive.

We get what we pay for in general.

If you are looking for a cologne that has a higher strength then pop along to my online shop where we have a selection of fragrances for men with 20% perfume oil.

Our scents are created to last around 8 hours so feel free to take a look.

What is aftershave used for ?

Just as it implies, aftershave is simply for that reason. To be used after shaving.

It can vary in a liquid, gel or oil and is applied to the skin after shaving.

For some men, it’s very much used after ever shave as it helps to disinfect the skin.

There are benefits of using aftershave. The traditional ones that are alchohol based will act as a sanitizer for the face.

When you shave, it’s inevitable that tiny cuts are left behind and this will expose the skin and pores.

Bacterial can enter underneath the skin if is not sealed off with a product.

Ever wondered why your skin stings after using aftershave?

Most will contain ingredients that are the same kind that are used in hand sanitiser or household cleaners. It’s an antibacterial.

Try to purchase the more natural aftershaves such as Tea Tree or JoJoba oil. These will moisturise the skin and help protect against bacteria.

Other benefits of using aftershave

Whilst there are benefits of using aftershave, it isn’t a necessity but it does help with the overall health of your skin.

Overuse can leave your skin feeling dry so choose wisely when the best time is to use it. 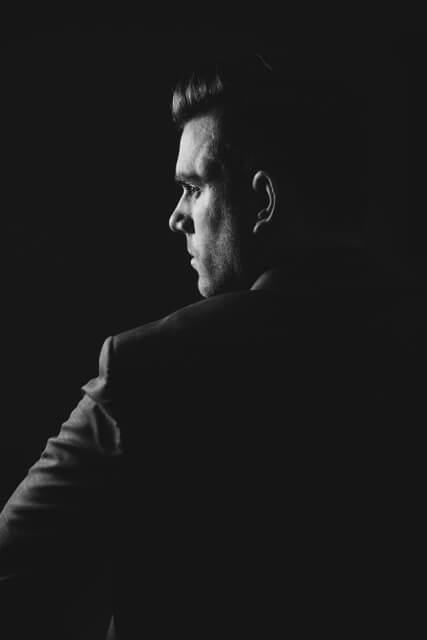 If you have a question about finding the right fragrance for a male, get in touch.